They say when you dream, you should dream big. But, a dream or a goal will remain just a dream and a goal if we will not do anything to make them happen. So if you dream big, then you have to commit yourself to achieve your goals.

Listen to the podcast here:

Today, Whitney talks about overcommitting and if it is worth doing so. Whitney shares his experiences on overcommitting and the result it had for him – producing almost a thousand podcasts and counting. Tune in today and find out if overcommitting is what you need to do that extra push, extra effort, and extra work to achieve your goal.

Key Points From This Episode:

“I highly recommend you have a mentor. I’ve had numerous now for different things and see just extreme value in that.” [0:05:28]

“Overcommitting allowed me to scale fast because there was no option for me to do it all myself.” [0:07:01] 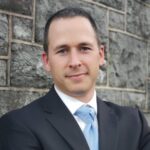 Founder of Life Bridge Capital LLC, Whitney Sewell began his real estate investing career in 2009. Whitney’s passion is working with investors, helping them secure financial security via the exceptional opportunities that multifamily syndication offers. Whitney hosts the Real Estate Syndication Show, a daily podcast where he has now interviewed over 600 experts providing cutting-edge tools and strategies for the syndication business. Whitney and his wife, Chelsea, are on a mission to help other families through the process of adoption. They have personally endured the financial burdens that the process puts on families and have committed 50% of their profits to this goal. Whitney and Chelsea have three children by adoption..

Welcome to The Real Estate Syndication show. Whether you are a seasoned investor or building a new real estate business, this is the show for you, Whitney Sewell talks to top experts in the business. Our goal is to help you master real estate syndication. And now your host, Whitney Sewell.

Thank you for listening to the real estate syndication show. Brought to you by life bridge capital. Life bridge capital works with investors nationwide to invest in real estate while also donating 50% of its profits to assist parents who are committing to adoption life bridge capital, making a difference one investor and one child at a time. Connect online at www.lifebridgecapital.com for free material and videos to further your success.

0Shares
Previous PostWS891: Pivoting In A Recession and Structuring Your Lifestyle For Success with Jerome MaldonadoNext PostWS893: Networking And Partnering Your Way To Wealth In Real Estate with Goeff Stuhr

WS1435: What To Know About Real Estate Funds | #Highlights

WS1434: Technology For Your RE Business | #Highlights